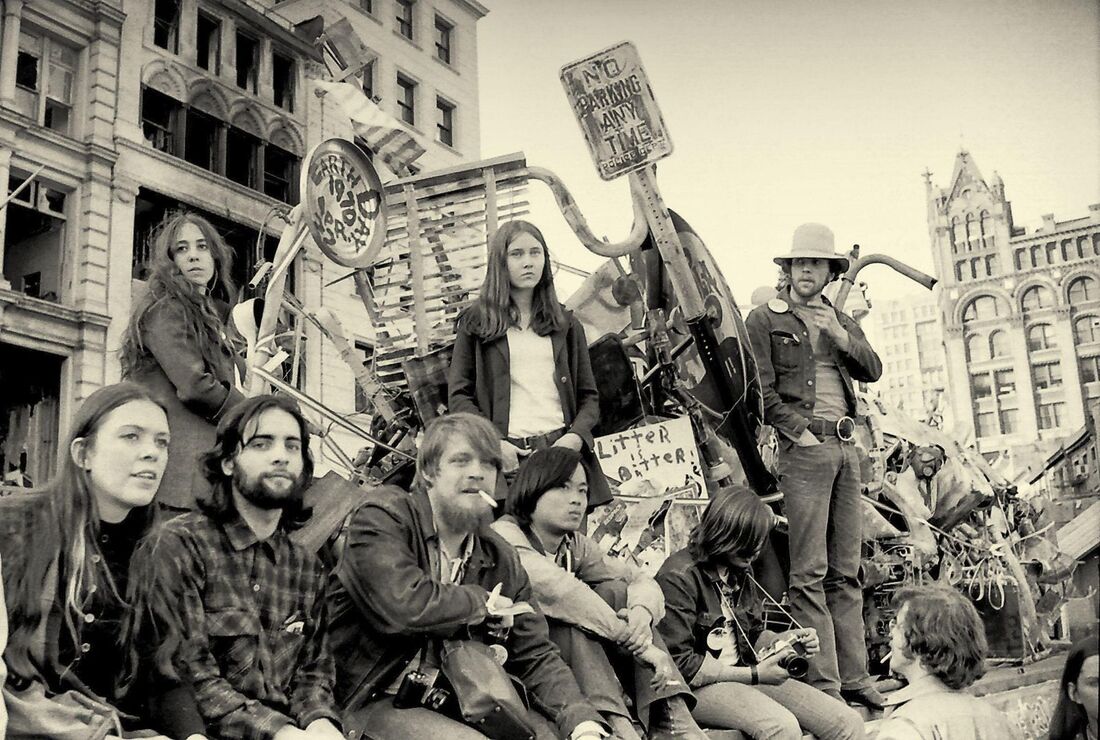 The sprouting of a green revolution
By Julie Lange Groth, ANJEC Report Editor
New Jersey’s conservation commissions were the seeds that grew into a statewide environmental movement. By 1970, when the NJ Department of Environmental Protection (DEP) was formed, ANJEC was celebrating its first birthday and dozens of local commissions had already been formed around the State.

The first Earth Day
In 1969 the nation was erupting in protest over the Vietnam War, civil rights and equality for women. Numerous groups had also been rising up to fight against air and water pollution from oil spills, manufacturing, freeways, raw sewage, toxic dumps and pesticides. They demonstrated against the loss of wilderness, destruction of trees and extinction of wildlife species. But individually, their voices were drowned out in a
cacophony of dissent.

Then, US Senator Gaylord Nelson from Wisconsin decided to take action. After
witnessing the ravages of a massive oil spill in Santa Barbara, CA, he was moved to
propose a national day to focus on the health of the environment. He hoped to force
environmental protection onto the national political agenda by harnessing the energy of
defiance from all around the country.

Nelson teamed up with Republican Congressman Pete McCloskey to launch a
“national teach-in on the environment.” Recognizing that involving the college crowd
would be pivotal to their success, they scheduled the event on April 22, 1970, between
spring break and final exams.

It was a phenomenon! With a nationwide staff of 85, they managed to move 20
million Americans to take to the streets (10 percent of the US population at that time.)
There were massive rallies all over the country, with thousands of protests organized by
colleges and universities. In a rare political alignment, they enlisted support from both
sides of the political spectrum and diverse segments of the populace, from rich to poor,
urban to rural, labor to management.

That first Earth Day led to the formation of the US Environmental Protection
Agency by President Richard Nixon. By the following year, Earth Day had expanded
into Earth Week and in 1990, it went global, mobilizing 200 million people in 141
countries, paving the way for the United Nations Earth Summit in Rio de Janeiro in
1992.
​
President Clinton awarded Senator Nelson the Presidential Medal of Freedom for
his role as Earth Day founder.